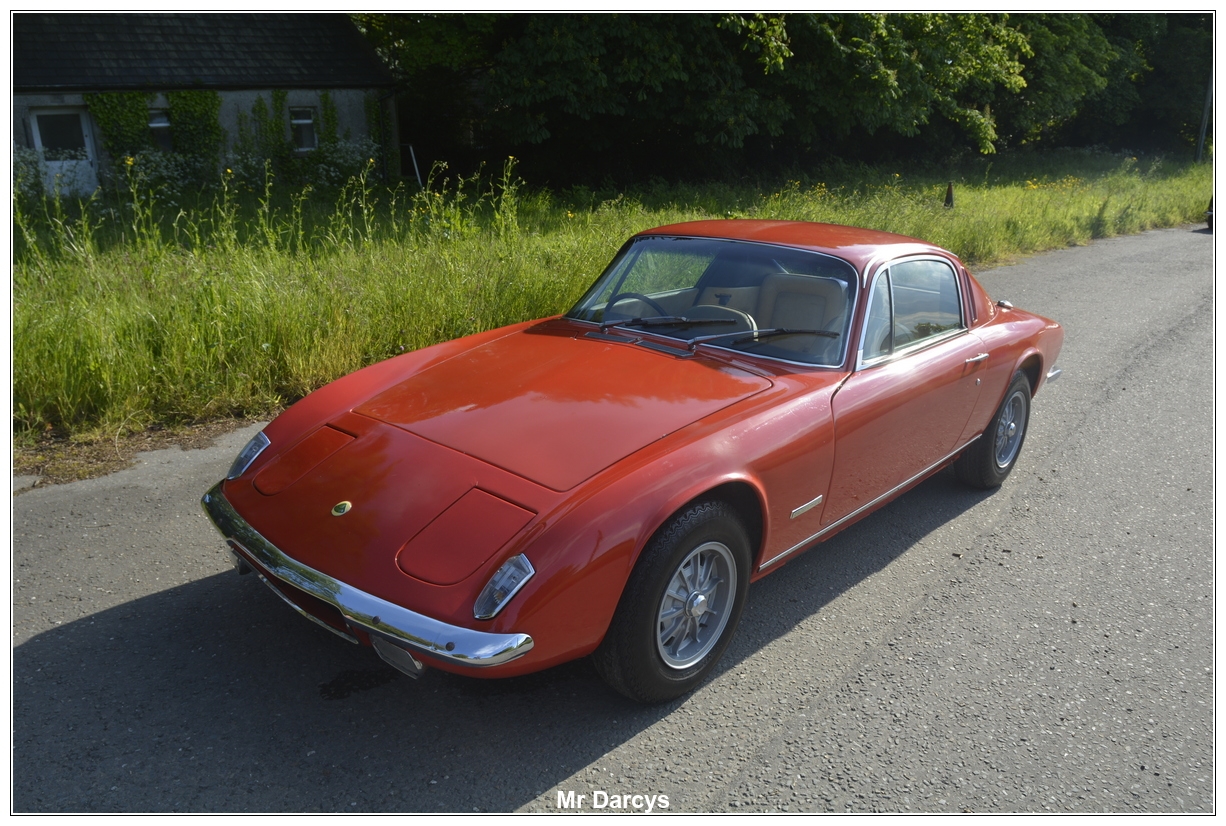 Mr Darcys are offering for sale,this interesting, original and low mileage Lotus Elan +2 S 130/ 4 Having been off the road for the last 40 years, it has been subject to some restoration, and has covered a mere 35 thousand miles between 1974, when it was first registered, and 1980 after which the car was taken off the road, as evidenced by retained DVLA correspondences and its last 80’ tax disc that still sits in the window. We understand it to be one of very few cars to retain its factory original Lotus chassis, which was recently subject to a thorough examination and found to be in excellent condition.

This example was restored over a period of time by its former owner, in a way that preserved the car’s originality and patina. The restoration work included a full engine rebuild but please note the engine will need to be run in by the next owner before the car is driven beyond 3000 rpm.

Under our ownership a few remaining jobs were completed, including;

The fitting of a new headliner Quite a difficult task on these cars.
A new control valve for the pop-up headlights was fitted.
Whilst our mechanic carried out work to the twin Dell’Orto carburettors, to have the car running perfectly and make the most of the wonderful Lotus twin cam sound we made the decision to have the carburettors entirely rebuilt by a specialist. This was done in November 2021 in preparation for sale at a cost of 1000 pounds.
The fitting of a new timing chain tensioner.
A complete overhaul of the clutch was carried out at a cost of 900 pounds.
The car’s weak point is the paintwork. Although it was repainted by the previous owner the finish is not particularly good. Having considered repainting the car we decided it was preferable to allow a new owner decide upon colour and therefore have instead priced the car to allow for a full respray.

This example features a number of what we believe to be factory options, including a Philips Turnolock radio, outside temperature gauge, heated rear screen, upper front window tint, and, in original period form, a rare purple metallic paint offered only after October 73’. Allied to electric windows, pop-up head lights, all round independent wish-bone suspension and a 0-60 time of just 7 seconds, this was an advanced car for the late 60’s/ early 70’s.

It has been suggested the +2 S 130/ 4 is perhaps the best variant of the Plus 2 as it benefits from the big valve engine affording uprated horse power, fail safe head lamps and a greatly refined interior. I believe these later Plus 2 Elans were also the first model not to be offered by Lotus in kit form, and thus they are guaranteed to be entirely factory built examples. Equally, the S 130/ 4 also retains the deliberate, precise feel of the four speed gearbox, seminal to the driving experience of an Elan, which is arguably compromised by the Austin Maxi internals of the 5 speed gearbox.

This special car, named ‘Isa’ after a former long term owner called Isabel, is truly deserving of a new owner to finally return her to the road after a wait of forty years.

As there are less than a thousand Plus 2 Elans believed to be in existence and these evocative cars bear the historical Lotus emblem that adorned the race cars of drivers such as Stirling Moss, Jim Clark, Graham Hill, Jochen Rindt, Emerson Fittipaldi, Mario Andretti, Nigel Mansell, Nelson Piquet, Mika Hakkinen and Ayrton Senna, this very rare example is surely set to appreciate in value and interest.

Please note that whilst this car has always been a UK registered car, having been sold new in Northern Ireland, it can bes supplied with an Irish or UK registration. Delivery can be arranged, and we are located 20 minutes from Dublin Airport to facilitate viewings.