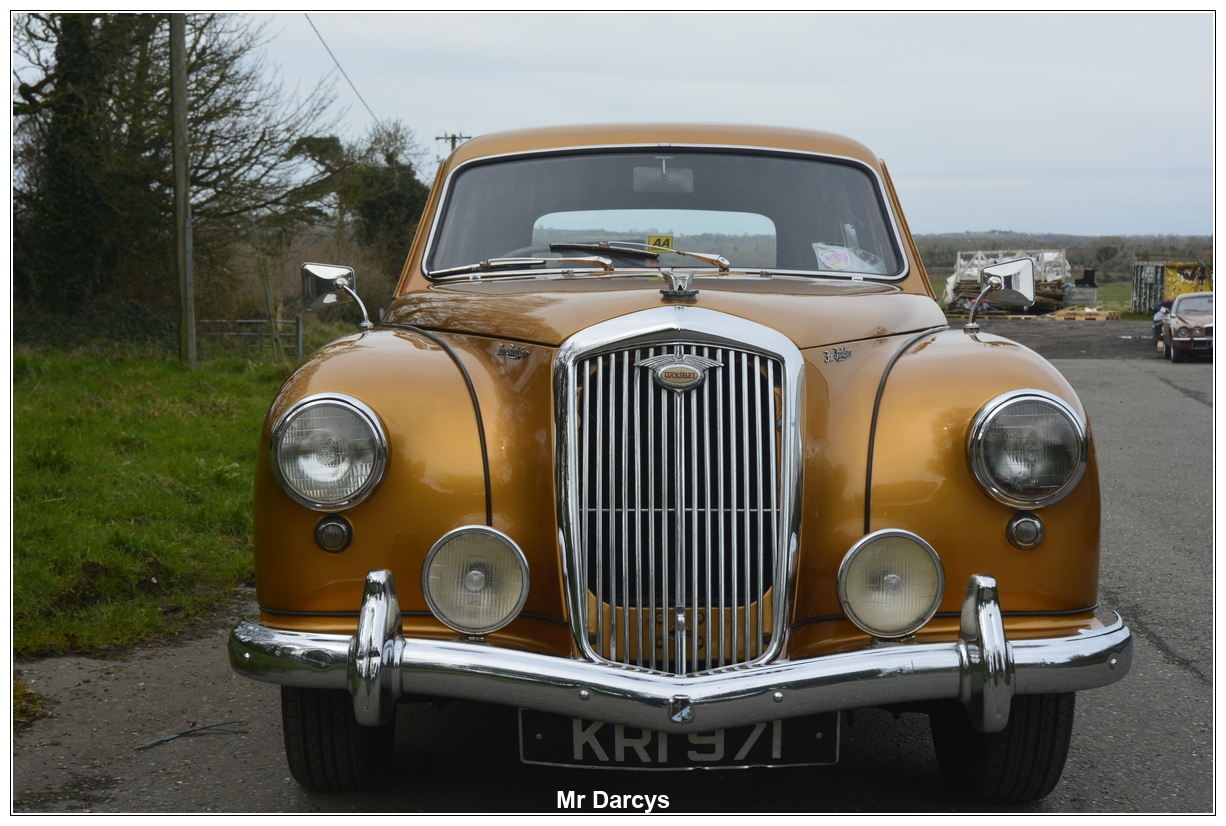 Mr Darcy's are offering for sale, this fully restored Wolseley Four-forty four.
Finished in an unusual gold, with a brown interior, this is a rare find in this condition.
This car was originally owned by a Mr Frank H.C. Richard. He was an English gentlemen who owned Cinemas in UK. When he sold them he moved to Southern Ireland in late 1953. He bought the car in Dublin in Jan 1954, and ordered it in the unusual gold color. He is said to have ordered this particular model because it was used by the Metropolitan police in their fleet, and this was a high reccomendation.
He was a prominent Freemason,who held high office, and used the car in many charity events for the blind, and the handicapped.
The car was restored in 1997, where she had new sills, and a full respray. Whilst the paint used at the time of restoration was a metallic version of the original gold, it is a beautiful colour combination, and enhances the look of the old girl. Everything is working on the car as it should. All clocks, switches and dials are original, and she had a new set of carpets fitted. The engine and gearbox are perfect, and her low mileage of 47000, is because she was rarely used by her original owner, outside of certain functions and car meets. The car is located in Dublin Ireland, but we are 20 minutes from Dublin Airport, and can arrange collection if required. We also deliver to UK if required, and have sent many cars to all corners of UK. There are a host of photographs on our website, but don't hesitate to contact us if you need any specific angles, or indeed, you have any questions.