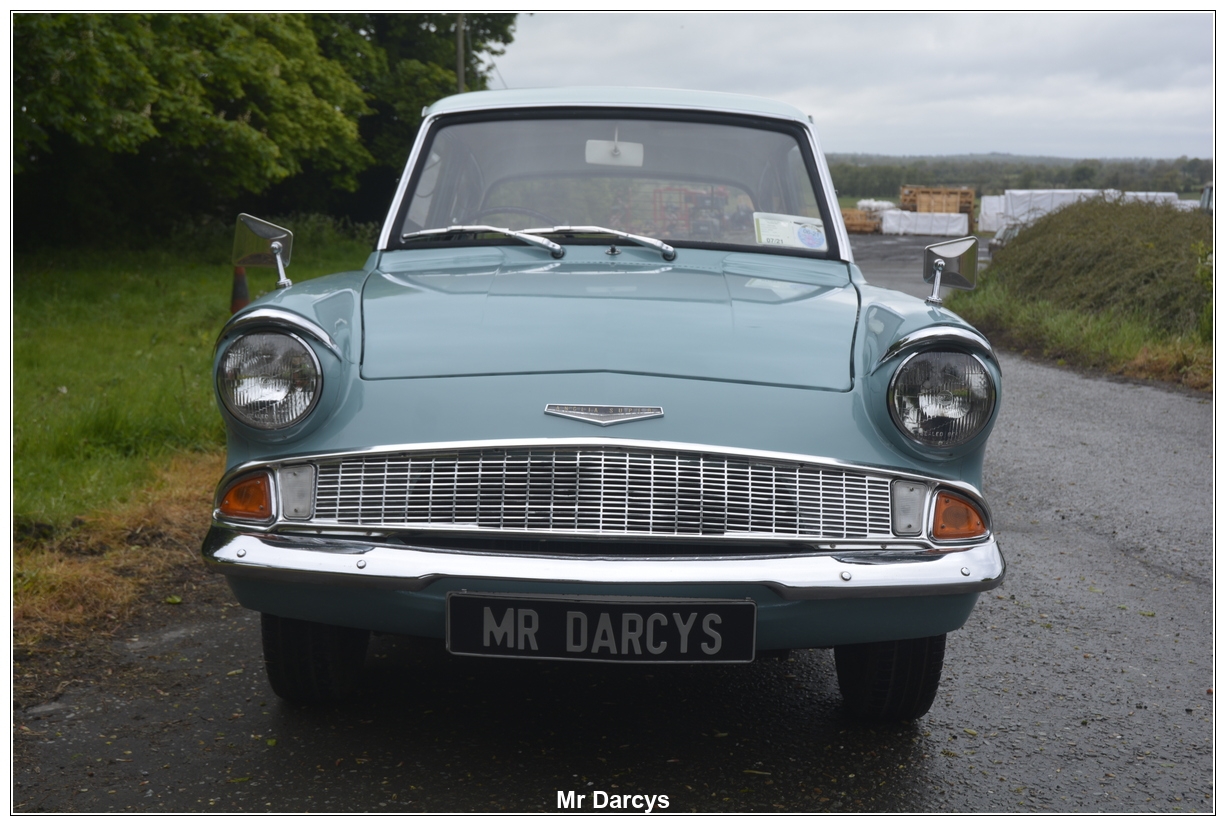 The Ford Anglia 105E was launched in the UK during 1959. It was initially available in just two versions; Standard and Deluxe. The Standard model was sparse and functional and lacked luxuries but the Deluxe as the name suggests was better appointed and included such extras as; a passenger sun visor, a temperature gauge, glovebox lid and carpets.
The Deluxe and Super version was also fitted with a full-width chrome front grille, chrome side-strip, chrome rear lamp units, opening rear quarter windows and optional two tone paint as in this version.
This low mileage 2 door Anglia 105E Super, has the larger 1200 CC engine, which gave it additional power and gearing with a much improved performance. This particular Ford Anglia 105E super, was one of the later cars from March 1967, and certainly does tick all the boxes. Finished in light blue with white roof, and contrasting dark blue interior, she comes with a nice service history, old MOTs Owners manual, and everything is working as it should. her original UK registration was RJD623E, and she was purchased by her last owner, and shipped to Ireland in 2009. A really nice example which is ready for the upcoming season. We can deliver if required, and take classic trade ins as always. Viewing is strictly by appointment, and we can forward more photos if required.